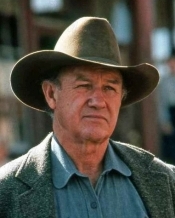 Port Angeles has played  small parts in some great movies.    The Olympic Peninsula has been visited by some  of the great actors of Hollywood.   You might wonder if we have any big names from Hollywood regularly visiting the Olympic Peninsula, either Sequim or Port Angeles, or if any own getaway homes here, but consistent with my articles about purchasing real estate anonymously and about asset protection and privacy, if I know, I’m not saying.   But we can look at what movies have segments filmed here, and who has spent time here.   With the beautiful Strait of Juan de Fuca, this is a perfect place to film a submarine scene, and with our Olympic National Park and mountains, this is also a great place for a wildlife scene.

2003 – The Hunted (Port Angeles, Elwha River Dam, I’ve taken photos of the fight scene below the damn) with this Cast (in credits order):

Real Estate or the Stock Market?