Another Day in Paradise: Sequim WA

Yesterday was another day in Paradise. It was a beautiful sunny day in Sequim WA. So I showed homes to buyers from around the country, and one couple from Idaho bought this home in the photo. Another couple is from Montana, and another from southern California. 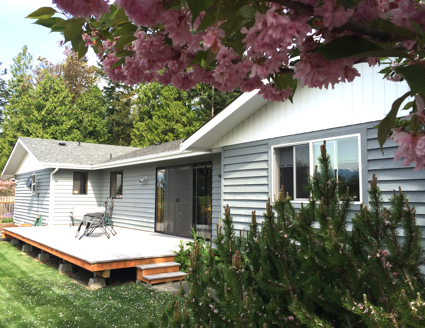 Another Day in Paradise in Sequim WA

I’ve lived in Sequim for 20 years, and I regularly say to myself, “Another day in paradise.” Here’s proof that I’m not the only one who loves Sequim and has no plans to live anywhere else on the planet. Retirees rarely move from Sequim. Even when they do, it is usually for one of either two reasons. The first is that after 10 to 15 years of living in Sequim, they want to be closer to their grandchildren. The second is that after 15 to 25 years, hubby has gone on before his bride, and she decides in her 80’s after living alone for a couple of years to move closer to one of her daughters. In both cases, these folks almost always say to me, “If it weren’t for that, we would never leave Sequim.”

Another Day in Paradise for Buyers

As you can tell from some of the articles on this blog, buyers are arriving and keeping me and other Realtors busy. This is good news for sellers, although prices have not increased much in response to the increased demand. It may take a little while before supply and demand begin to balance again. This morning is an example of the increased activity of buyers. I received a signed counteroffer on one home, and submitted two other offers for other buyers. This market has definitely picked up. Oh, did I tell you that today it rained? What can I say? How about this: Another day in paradise.

Where is the Most Peaceful Place to Live?