Sequim Lavender weekend was a big success as the Lavender Festival is every year. It is amazing how many people come from all over the country to enjoy Sequim Lavender. The truth is many people love to spend time in Sequim, and this time of year it is beautiful. So perhaps coming to tour Sequim Lavender farms is just a great excuse to see the area. But many who come are close to retirement, so they are checking Sequim out. I’ve talked to many people who have been planning to retire in Sequim for a decade before they actually did. 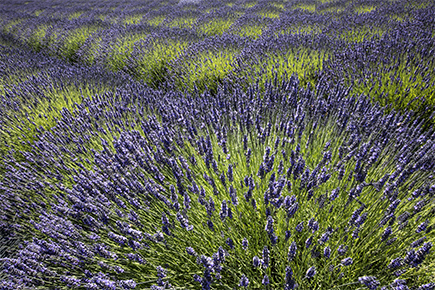 I spent some time at the George Washington Inn & Estate, which includes the Washington Lavender Farm, and I was not alone. Hundreds of people gathered to get some of their own Sequim Lavender and Lavender products. The George Washington Inn sits on a high bluff with a stunning panoramic water view of the Strait of Juan de Fuca, British Columbia, and the San Juan Islands. To the south are the majestic Olympic Mountains. No wonder people fall in love with with the area when they come to see our Sequim Lavender. 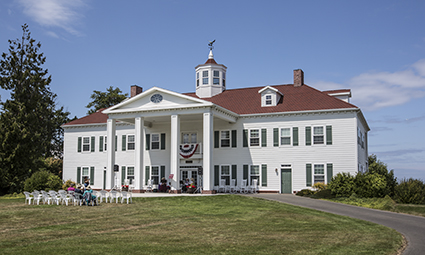 A great way to see Sequim is to stay at a Bed & Breakfast, and I highly recommend the George Washington Inn & Estate. This is an exact duplicate of the original architectural plans of George Washington’s home, and the grounds are beautiful, but the rooms are absolutely delightful. You will not be disappointed. You may also fall in love with the Sequim and Port Angeles area, too. And that wouldn’t be so bad, would it?