One very hot summer day three boys who lived on a farm near the Dungeness River could no longer resist their boyish inclinations, and even though the river was cold, they spent the afternoon swinging from a rope and jumping into the river. Their laughter and hoots were sounds of music along with the steady gurgling of the river. The scene was a piece of Americana, a scene you might see in a movie about a family living in the country in the 1950s. Healthy, happy, engaged in outdoor activities, and creating good memories for life. Those are good memories for me. You see the boys are mine, and I raised them for a while on a farm on the Dungeness River. Moving to Sequim in 1994 when my boys were young was the best decision I ever made.

The Dungeness River, also known as the Sequim-Dungeness River, is Sequim’s major river attraction. It’s popular for it’s beauty, for fishing, and even for swimming on the hottest summer days. 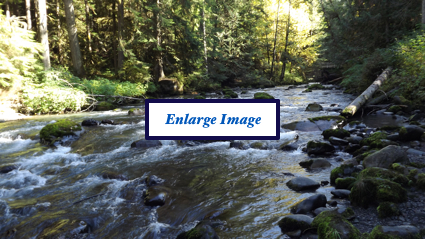 The Dungeness River comes down from the Olympic Mountains to the south of Sequim. I took this photo way up in the mountains. The air is fresh up there, and the only noises you hear are sounds of trickling water, birds, and an occasional squirrel.

The Dungeness River feeds the valley and has for hundreds of years. Farmers have relied on the water and the extensive irrigation ditches that feed the precious river water to thousands of acres of farmland. Fish and wildlife depend on the water. It’s been said throughout history that water is life. The Dungeness River is unquestionably a source of life in the Sequim-Dungeness Valley. And good memories.

What Home Buyers Can Expect From Sellers

Is Now a Good Time to Buy a Home?