There is such as thing as architectural chaos. It’s hard to define, but I’m reminded of how Justice Stewart Potter described pornography in a 1964 Supreme Court case. He famously said, “I know it when I see it.” That’s how architectural chaos is. It would be virtually impossible to define, but I definitely know it when I see it. 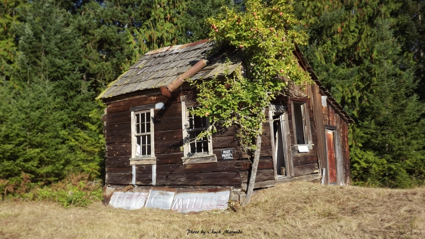 I showed three homes yesterday to a couple who are very excited about moving to the Sequim area, and each of the three homes was unique and substantially different than the others. The first home was nice and fairly traditional, but as we walked through the home, nothing happened. In other words, it wasn’t emotionally thrilling, exciting, or moving. It was just a floor plan. Nothing weird, but nothing particularly noteworthy.

The second home we walked through was a delight from the moment we walked in the front door. There was no architectural chaos in this home. This was a home built in the ’70s, but the floor plan was especially pleasing. It was a little different than the traditional living room, dining room, kitchen combo, but it was somehow very pleasing on a deep emotional level. The kitchen and dining room had been remodeled nicely, and everything seemed to flow. This is what really wise architects do. A great architect creates a floor plan that flows and is pleasing to the emotions and the subconscious. On paper, the average person cannot tell the difference, but when you walk through a home with architectural chaos, your spirit will know it immediately. You may not be able to define it, but when you see it, you’ll know it.

The third home we viewed was a modern home, probably 40 years newer than the second home, and it was built with excellent materials and workmanship. But . . . this home instantly sent messages of architectural chaos to me and my clients. It was subconscious at first, but then as we walked around the home and discussed its features, the good, the bad, and the ugly, we began to recognize the architectural chaos we were feeling deep inside.

This home had a combination of big archways Spanish style adjacent to contemporary obtuse angles and something that appeared to be a combination of several architectural styles. The result was architectural chaos that you could feel, but not necessarily describe. No wonder this home had been on the market for a long time. While no one probably understood why this home had not sold for a long time in a very hot market when almost everything was selling, I believe the reason had more to do with architectural chaos than anything else.

Should I Buy a Home in Sequim Before the Election?

24 Secrets to Buying a Country Home

Looking at Homes in Sequim