Best Places to Live in the U.S.

Best Places to Live in Washington

Mukilteo, Sammamish, and Newcastle are the three Washington cities identified in the list of Best Places to Live.  The reason I mention this is because Sequim has so much in common with these three winners, it is obvious that based on the criteria for choosing the Best Places to Live in Washington, Sequim is clearly a winner too.  Of course, there can only be 100 on the 100 Best Places to Live list, so there are undoubtedly many cities that should or could be on the list, too, but there’s no doubt Sequim is qualified to be on this list, and Sequim has been on top 10 Best Places to Retire lists in the past. 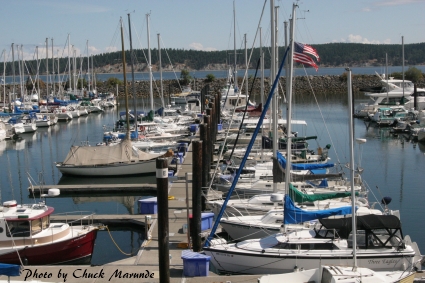 Sequim WA is a community of 4,000 people, 2.5 hours from Seattle by road or ferry, has the beautiful Strait of Juan de Fuca on the north and the gorgeous Olympic Mountains on the south, which also means we sit in the Olympic Rain Shadow where we get 1/3rd the rainfall of Seattle, and we are outside the I-5 corridor.  This also means we don’t get drive through traffic, and the crime rate is so low it feels like we went back in time 40 years.  The lifestyle is wonderful, the area is pristine, and the list of recreation is long.

There’s no doubt that Sequim is one of the Best Places to Live in the America.

Reverse Mortgages - Should I Get One?