What are building costs in Sequim, Washington?  If you purchase a vacant lot inside the city limits of Sequim, what will it cost you to obtain city permits and approval to build your home?  This is a question many of my clients have asked, so here is the answer.

These costs are fresh off the press.  I just sold and closed a vacant lot in Sequim.  It was a great deal for my client.  I acted as a Sequim Buyer’s Agent, and we negotiated a lot for a fantastic price.  The lot is in a great location with a beautiful water view of Sequim Bay.  It was part of a development that was finished just before the market turned downward.  At that time this lot and others like it were selling for $260,000.

Long story short, lots were not selling and building costs in Sequim added to the cost of already high priced lots.  The development was recently foreclosed, and this bank owned lot was listed at a fair price of $129,000.  My client is very pleased we were able to negotiate the price down to $100,000.

What are building costs in Sequim for this lot for an average custom home of 3,000 square feet?  Here is the breakdown of the fees the City of Sequim charges to build a home: 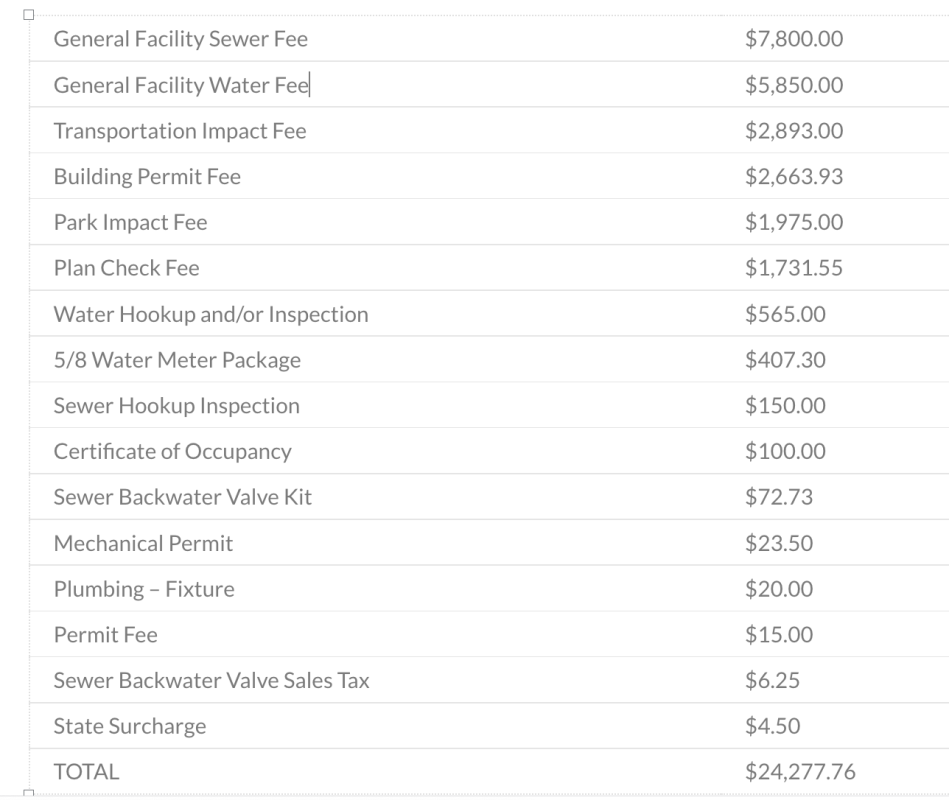 Building Costs in Sequim are High

How do building costs in Sequim compare with Port Angeles or Clallam County (outside the Sequim city limits)?  How about 1/6th the cost?  Yes, the Sequim City Council has implemented a strategy to slow down development and to provide income to pay for community services.

It is interesting that even though building costs in Sequim are higher than Port Angeles or outside the city limits in the county, the majority of retirees still prefer to buy and build in Sequim.  Sequim is popular as the Rain Shadow, but it really is one of the best places to retire in America.  And for that, retirees are willing to pay more.

Now you know.  Building costs in Sequim are substantial.

Price Per Square Foot to Build a Home