Did the Open Houses Sell Houses? 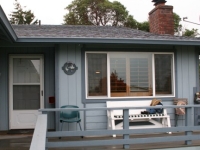 With all the open houses held this past weekend, did houses sell?  We had a statewide and nationwide open house campaign.  When I say “we” I mean the state and national associations of Realtors.  Local newspaper ads promoted our open houses and we had a lot of support with the advertising around the state and in our own Clallam County.  And on Sunday afternoon when I held my open house, the weather cooperated and it was a beautiful sunny afternoon.  So did my open house sell my client’s home?

No.  As it turns out only 1% to 2% of homes actually sell at open houses, which means the corollary is that 98% to 99% of the time homes do not sell at open houses.  I thoroughly enjoyed meeting the kind folks who showed up during the afternoon, but none were qualified buyers ready, willing, and able to actually buy a home now. Of the six couples who dropped in, two couples had houses they needed to sell first, two couples were looking for very inexpensive homes because of limited finances, one couple wanted a much larger home in the same price range, and the last couple had too many kids to fit in this home.  None were in a position to buy.  I held my first open house almost 30 years ago in Fairbanks, Alaska, and things having changed much.