Real estate transactions do not always go according to plan.  Sometimes an inspection reveals some major problem that no one knew about, and depending on the seller’s financial position and goals, and depending on what the buyers are willing to do, a transaction can fail and never reach the closing desk. 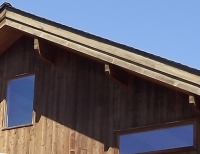 I sold a home in Sequim at the full listing price of $399,000 recently.  Everything seemed to be going along fine.  The inspection revealed that the house needed some repair work to the foundation.  We didn’t know the cost, because a formal bid was never requested, but it could be $20,000, more or less.  That was one issue.  Another issue was that there was no legal easement from the house to the road.  That was easily solved, because the sellers owned both properties, and they could sign an easement at closing.  But a bigger title issue was that a deceased woman was still shown on the records as a 1/6th owner of the seller’s property.  They were unaware of that, but since this was a family farm going back to 1906, such things can happen.  That could require hiring an attorney and doing an expensive probate to track down all heirs and get releases.

And there was one more issue.  The house was part of the family farm of 100 acres, and it was an illegal subdivision.  In other words, the property had never been legally subdivided to build the house.  That could be a little money to get fixed, too.  No one knew about any of these issues until I commenced the due diligence period, and Voila!  The buyers gave the sellers an opportunity to fix all those problems.  The sellers declined.  The transaction will be terminated by mutual agreement.

It is wise for a buyer to carefully work through the due diligence inspection period, because you cannot be too careful.  Many homes will pass inspections with flying colors, but every once in a while a home will need major work that no one knew about.  That will turn up in the home inspection report.  Nothing in this life is certain.  Real estate transactions can and often do fail.

Buying a Home on a Bluff and Bluff Stability