Sequim and the I-5 Corridor 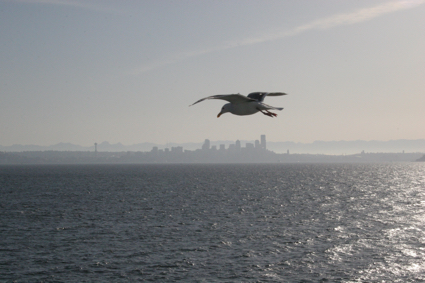 The I-5 corridor is carved out by Interstate 5, the major North-South freeway on the west coast running from California through Washington to the Canadian border. This is the primary commercial and non-commercial arterial for millions of trucks and cars 24/7 all year long. Apart from the Seattle and Tacoma waterfront docs, the I-5 corridor feeds the entire Seattle-Tacoma metropolis. Along with these benefits of the I-5 corridor comes something not so beneficial for residential communities.

Sequim is outside the I-5 corridor, and that means Sequim does not get all the drive through traffic of the casual or the curious, including criminals and would-be criminals. No wonder Sequim’s crime rate is so unbelievably low. People who live in Sequim are either retired or they are working. Sequim does not attract street people in large numbers, unemployed beggars, or illegal aliens who wander the streets. This is not a political statement, nor is it a comment about those who are less fortunate. It is a factual statement about the demographics of Sequim.

The I-5 corridor extends on either side of I-5 by a distance of perhaps a one hour drive, but when you get two or three hours from the I-5 corridor, you are getting beyond the reach of it’s influence. For quiet residential communities, being outside the I-5 corridor is a very good thing.