Sequim Buyers have paused slightly as we go into the fall months, but not because of the seasons of the year. There is a reason many Sequim buyers have hit the pause button on their plans to retire in the Sequim area and buy a home. Can you guess what that reason is? 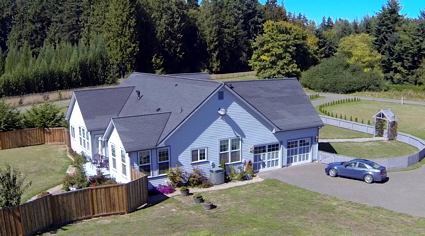 The vast majority of Sequim buyers are retirees coming from all over the country and a small number are from Europe. That means that our buyers come from New York to California, from Alaska to Florida, and Hawaii and almost every other state in the Union. These buyers are typically selling their current home, or they’ve already sold it, and they have been looking at the Sequim area for months and very often for years. Such a move is a major transition for anyone, of course, and takes planning and time to coordinate the sale of a home, the purchase of a home, moving a lifetime of personal possessions, and making all the other transitional decisions necessary.

Epic natural disasters not only hits the pause button for Sequim buyers from those states, but look at how many states are effected:  Texas, Louisiana, Mississippi, Alabama, Georgia, Florida, and South Carolina. And now a third hurricane is threatening to hit the east coast, so add North Carolina, Virginia, and all the way up to New York. And Californians are on edge with the recent 8.1 earthquake in Mexico and a series of small quakes across the fault lines in California all the way up to Alaska.

Of course, none of this will affect the Sequim buyers who already sold their homes and are sitting on cash, need to find a home to live in, and can pull the trigger quickly when they find it in Sequim. But that is a smaller percentage of the buyers compared to all the buyers affected by the hurricanes.

What does this mean for the Sequim real estate market? It means we are seeing a slight pause for Sequim buyers, and so the hot market is cooling a little for a period of months. Eventually, we will get back to normal and find balance in the demand and supply curves.

Should I Buy a Home in Sequim Before the Election?

24 Secrets to Buying a Country Home