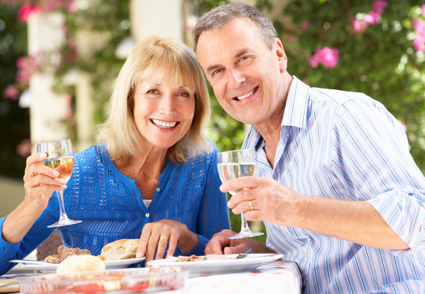 Some of these stats are not especially easy to interpolate, so I want to add two important conclusions that add substantially to an understanding of the stability created by the Sequim demographics.

The big box stores have been building aggressively in Sequim for over a decade, but they have not been building in nearby cities as far away as 50 miles. Silverdale is the next growing city, and that’s about an hour’s drive. Costco, Home Depot, Office Depot, Wallmart, Starbucks, Petco, Ross Dress for Less, and restaurant chains have been building in Sequim for over a decade, because their corporate demographic studies, which are extensive and expensive, prove to them that Sequim is the strongest area economy with the best long term growth potential. That conclusion comes from the Sequim demographics that identify retirees with steady retirement checks as strong and stable consumers, no matter what the economy is doing.

There’s another important less about Sequim demographics. Retirees moving to Sequim buy a home rather than rent. Homeowners are more stable than tenants, earn more money, spend more money, and stay longer with a vested interest in the local economy.

There’s no question that the Sequim demographics are part of what makes our local economy so stable. And that’s a good thing.

20 Acres and a Water View

Teachings of the Wilderness