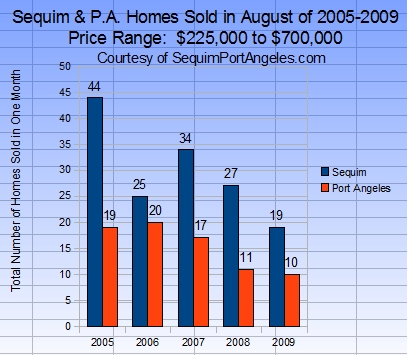 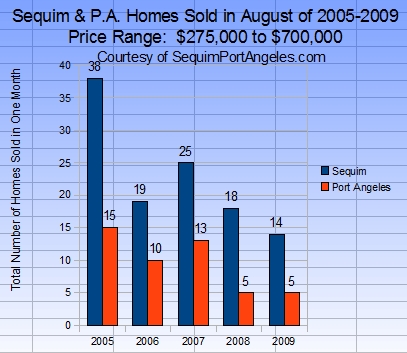 The difference that hit me as I studied the data is how the Sequim and Port Angeles real estate markets are different.   Prices of homes are higher in Sequim, so in the second chart we see a greater number of homes sold in Sequim in the month of August compared to Port Angeles.   In the first graph Sequim sold almost twice as many as Port Angeles, but in the second graph Sequim sold almost three times as many when we increased the selling price by $50,000 on the bottom end.

Is this a trend?   I believe it is.   Sequim is simply becoming more and more popular, especially for retirees.