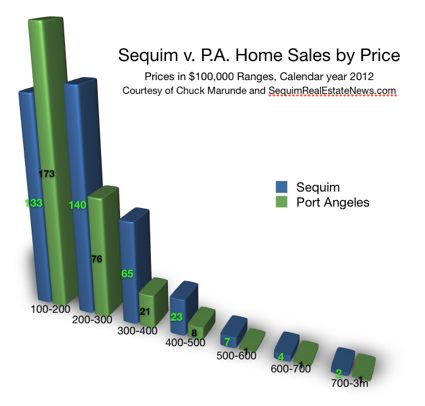 I think it is fair to draw two conclusions from this data.  [Source of data:  Olympic Listing Service].  First, for all homes sold below $200,000, Port Angeles sells slightly more homes than Sequim, but in all higher price ranges, Sequim homes sold are accounting for about 75% of sales and Port Angeles only 25%. Clearly, retirees are drilling down on Sequim homes much more than Port Angeles homes.