Sequim Washington has become a major retirement destination, and while it has been for decades, this is even more true today because retirees are able to do more effective research today on the Internet. And after a lot of Internet research, couples are taking trips to check out some of their researched destinations like Sequim Washington. 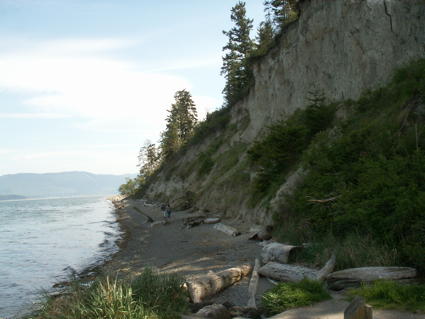 I met a wonderful couple moving to Sequim this week. I attended a two day seminar in Las Vegas on the subject of “giving seminars.” On the way home, I’m in the shuttle bus from SeaTac back to my parked car when I strike up a conversation with the couple in the adjacent seat. It turns out they bought land in Sequim and are building their retirement home. They won’t retire for three years, but living in Tacoma is a short trip to Sequim to work on their home. But what I really found intriguing, apart from the many interests we had in common, and what great conversationalists they were, was how they found Sequim Washington.

This couple spent the last three years researching hundreds of possible retirement destinations on the west coast, and then they drove to dozens of locations over these three years to check out what they had learned and see for themselves what each location promised. Considering that they are intelligent, experienced in life (they are in their late 50’s), and know what they want, their due diligence has a great deal of relevance to other retirees of the same generation with similar values and interests. Their number one choice was Sequim Washington.

I’ve often said if you could draw up a list of 100 items that would describe your ideal retirement destination, Sequim Washington would rate in the top 10 in the nation. As a matter of fact, Sequim Washington has been selected as one of the Top 10 Retirement Destinations in the U.S. more than once in retirement and travel magazines. This blog has over 1,500 articles about Sequim and buying homes in the Sequim area, so you can do some of your research right here. We are one of the most popular resources on the Internet when it comes to Sequim and real estate, and you can also submit questions to our author and real estate expert Chuck Marunde. After you’ve narrowed down your destinations, come and check us out in your travels in sunny Sequim Washington.

Real Estate Transactions - How Complex Are They Now?

Bell Hill in Sequim One of Wealthiest in State