Sequim winter weather seems cold to those of us who live here, but by any comparison to other parts of the country, Sequim winter weather is a haven and actually mild. Sequim is in the 40’s mostly, and early this morning it was 37 degrees. It turns out Sequim is mild by comparison. Across northern Texas nasty winter snow storms have caused at least 20 accidents, and Pennsylvania also had a 20 car pile up. Deadly storms have brought snow and ice, tornadoes, and heavy rain across the south. And it gets no better as you head toward the northeast. From Wisconsin to the east coast and up to Maine, winter weather is a nightmare. Even on the west coast, Alaska airlines had to cancel over 20 flights just before Christmas. 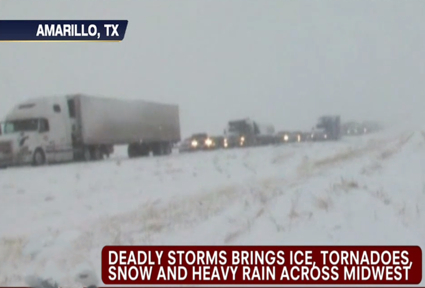 Bing Crosby would not be singing about a White Christmas in Sequim or Port Angeles, but that’s okay. Since we are well above freezing, snow would mean sloppy highways and slippery slopes. We can be very thankful we don’t have the kind of terrible weather that half the country is having now. Of course, this is why so many retire to Sequim. The climate and weather is so pleasant, and bad weather extremes are very rare. My front yard is actually green and will be throughout the winter. The grass stops growing in the winters, but it stays green.

Living in Sequim doesn’t mean we miss out on snow. We might get some snow this winter, at least for a short time. But when we miss snow, we can jump in a car and in 3 hours we can go skiing at the many ski slopes around the Seattle area, north to Mount Baker and south to Crystal Mountain (and many others). For me and my family, it’s a family tradition to go skiing a few times during the winter. The good news for all of us is that Sequim winter weather is mild by any comparison.