What does real estate and estate planning and death have in common?  We all will die eventually.  And a substantial percentage of us will have serious health issues before we die, including diabetes, heart disease, liver failure, Alzheimer’s, and so on.  The truth is we  all eventually grow old and the strength and vibrant youth we once knew fades.

If you own a home, and other possessions, you fall into one of two classes of people.  The first group makes up about 70% of the American population who have not done any estate planning.  When they die, or become incompetent to handle their affairs, the estate is a legal disaster for them and their children. 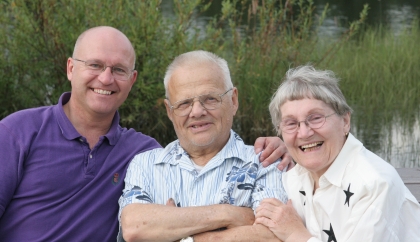 The second group is made up of the 30% of Americans who have taken the time and money to think through and complete their estate planning so that in their elder years they and their children will have order, not chaos, good tax planning and an orderly distribution of assets.  Here is a true life example of chaos from lack of planning, and this chaos has caused great problems for the entire family.  It has also put an elderly man into what he feels is a living hell.

The story begins with an elderly couple who lived in rural Alaska.  They raised their family and lived a very humble lifestyle, mostly because the father made very little money in his contracting business.  Contracting in Alaska is a feast or famine business, and that is especially true in the “bush” communities of Alaska.  One of the children moved to Sequim where he raised his own children.

The father was a typical Alaskan, conservative, rugged, independent, and spontaneous.  Despite having conversations with his adult children about the importance of estate planning (i.e., a basic will or a revocable living trust), and agreeing he needed to take care of his legal affairs, he never had any estate planning done.  He procrastinated for almost 50 years until it was too late.  In 2009 his wife passed away after struggling with cancer for many years.  She had written her own will, which was invalid because it did not comply with state law, but it didn’t matter as she had nothing of substance to leave.

Within a couple of months of her passing, the father was rushed to Anchorage Providence Hospital where the doctors told him that he must be on dialysis for the rest of his life, and since his little town clinic did not have expensive dialysis equipment, he could never go home.  At 75 years old and now completely blind, not being able to go back home where he had lived for 48 years was nearly a death sentence.  Alone in a hospital in a room with someone else who was incapable of conversation and far from family who could not afford to visit regularly, life went from difficult to hellish.

Because there was a lack of estate planning for such a scenario, applications for federal assistance through medicare/medicaid programs have become paperwork nightmares of denial after denial.  Before a Fairbanks facility is willing to take the father in, where he could be closer to some of the adult children and grandchildren, the facility is demanding that he sign a lien or deed giving up his house.  Income and asset limitations have created an impossible scenario.  The father has essentially lost everything he ever owned, feels like a prisoner in a room, and being blind has eliminated what little independence he had left.   In addition, he has nothing to leave his children as an inheritance since it will now all be taken for medical bills.

Good estate planning could have avoided much of this chaos.  Of course, health issues are beyond estate planning, hence the need for good estate planning.  But for those who neglect good nutrition and regular exercise for a lifetime, you know that you substantially increase the risk of serious sickness or disease when you get old.

If you own a home, you have an important asset that ought to be handled for estate and tax purposes, for health and welfare purposes, and as an expression of love and care for your children.  By the way, the child who moved to Sequim  . . .  is me.  The photo above is of me, my father and my late mother.

Buying a Home with a Revocable Trust

Buying Real Estate and How to Hold Title

Real Estate and the Probate Process

From California to Sequim