This Sequim Flood caught my eye, because it covers several lots that have been for sale for years, and I had no idea that these lots could be under water until now.  This is on the north side of Sequim about six miles from downtown Sequim. You can see an aerial view of this mini Sequim flood on the video below. 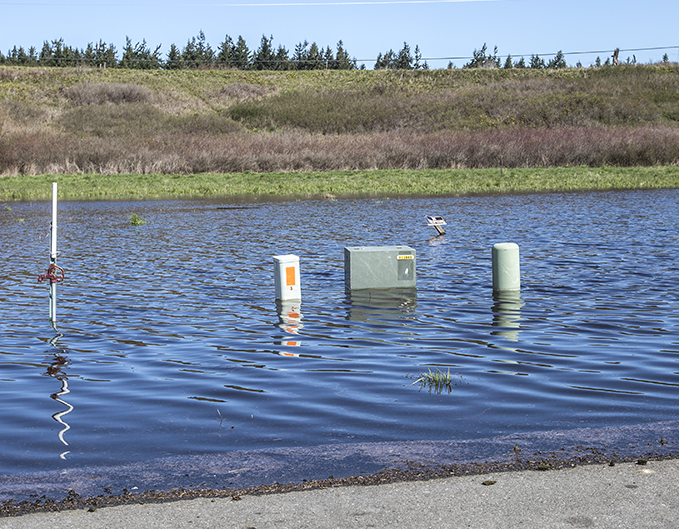 Here’s an interesting video angle from about 60 feet above the water. This perspective is taken from Hogback Road just off Lotzgesell.  This little Sequim flood is not near the Sequim-Dungeness River, and it’s not at the base of a mountain range where it could collect water, so how did all this water rise to record levels in this neighborhood so close to the bluff? This is a low area where the water table is naturally high and where surface water can gather after a lot of rain, and this has been a record winter for rain in the Sequim area.

This kind of Sequim Flood is not a Common Occurrence, and that’s what made this event worthy of a video. It does make an interesting point, however, for anyone thinking about buying a vacant lot to build a home. These lots under water are part of a short plat that was surveyed, and utilities were installed. There is a large electric box halfway under water in the photo at the boundary of two of the lots. The point is, the county building department approved this short plat, apparently unaware that it could become part of a Sequim flood.

This means when looking at vacant lots where you hope to build your retirement home will involve some due diligence, common sense, and perhaps a local who has been around for a long time. Maybe that way you can avoid your own Sequim flood in your house.

Why Emotional IQ is Important for Your Realtor