This article on the Sequim home inventory was first published in March of 2012, and it has become a popular for buyers, so much so that I’ve had requests to republish it and bring it to the front of the blog, so here it is. The Sequim home inventory is getting smaller, at least that part of the inventory that is most important to retirees.  A couple of years ago I wrote an article (and several since) about how buyers are cherry picking the best homes in the best areas at the best prices.  I also wrote that the Sequim home inventory consists of a small percentage (2% to 5%) of homes that are precisely what retirees want.  It’s true, the vast majority of retirees who had professional careers want homes that fit the same narrow parameters.  These are the small number of homes in what I call a bifurcated market.  The balance of the market consisting of 95% to 98% of the Sequim home inventory are homes they don’t want.  [Read one of those articles at Sequim Home Inventory.]

I first recognized this when I realized my clients were filtering the 800 plus home inventory down to the same three dozen homes, and that explained why the short list of a dozen homes we looked at consistently would have one to three of those homes sold out from under us, even in a real estate recession. 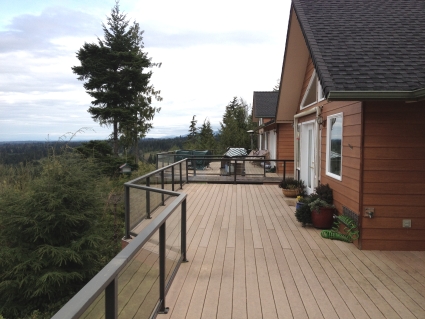 I recognized the possibility that the smaller segment of this bifurcated market would continue to shrink as my buyers focused on buying homes in that segment, and once those homes were sold, they were essentially gone from the Sequim home inventory forever.  The best homes in the best areas at the best prices were being sold every month for the past several years, and while new homes have come on the market, they haven’t replace the ones sold fast enough.

This same shrinking inventory for the best homes is occurring in other places.  Consider this.

Dwindling choices are fueling the rise in bidding wars for the best picks. The number of houses newly listed for sale between January and April — when homes generally hit the market for the spring selling season — is the lowest since 2003, according to data from Real Estate Business Intelligence, a unit of the listing service.  Jed Kolko, chief economist at real estate search site Trulia, said asking prices in the metro area began rising in February and were up nearly 4 percent in April, compared with a year earlier.  Read the full article on The Baltimore Sun.

And this morning we had the Chief Economist for the NAR conveying the same theme on a national level:

Existing-home sales were down in March but continue to outpace year-ago levels, while inventory tightened and home prices are showing further signs of stabilizing.  [See the full article at Existing Home Sales Decline.]

The effect this is having for retirees moving to Sequim is two fold.  First, some are not able to find their perfect home in the Sequim home inventory, and second, prices are more competitive in this segment of the inventory.  Many listings in Sequim in this bifurcated segment are selling at full listing price.  This is a revelation that goes back a couple of years for me, but today it comes to fruition with more evidence that the Sequim home inventory that is decreasing.

Does Zillow Have Bad Data?