Sequim weather may actually account for why so many people love living here and why it is such a happy retirement community.  There’s a new study that helps explain why the Sequim Blue Hole and the pleasant climate have such a magnetic appeal to so many of us.  There are health benefits that are now published. 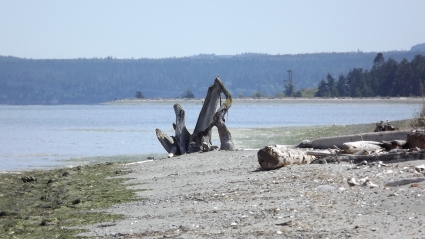 A Harvard Ph.D. by the name of Seth Stephens-Davidowitz did a fascinating study on what days people feel good and what days they feel depressed and was able to draw very specific conclusions about how weather effects a person’s mood.  The direct connection to Sequim weather is dramatic.

Using anonymous, aggregate data from tens of millions of queries in the Google search engines, he discovered something very revealing.  “The relationship between weather and mental health has been debated, but those debates have generally relied on ‘small’ data. Google searches, the biggest data source we currently have, are unambiguous: when it comes to our happiness, climate matters a great deal. . . . There is also a lesson for people who live in cold climates and are susceptible to depression. The striking correlation between temperature and depression suggests they should consider moving to a more temperate location. . . . But the data imply that moving, for example, from the city with the 30th coldest climate in the United States (Chicago) to the city with the warmest (Honolulu) lowers the probability of September-to-April depression by some 40 percent.”  That study could have been talking about Sequim weather.

This is a great confirmation that Sequim weather is not just about a pretty little Blue Hole where it doesn’t rain much.  The affect on those of us who live here has been very positive, and it’s no wonder that so many retirees who live in Sequim love it here, and the longer they live here, the more they say they don’t want to live anywhere else.  [Learn more about the Sequim Blue Hole.]

Sequim Weather is a Magnet

Do your research on the Internet, read Seth Stephens-Davidowitz’s article at Dr. Google Will See You Now, and then come and visit Sequim.  You’ll see for yourself how delightful Sequim weather can be.