How much of a loss will banks accept in a short sale?  The question is not as speculative as you might think.  Here’s what I used to think, and this may be what most people are thinking–that a bank will accept a loss, but the loss has a limitation based on the dollar amount or a percentage of the loss to the total loan.  But that would be wrong. 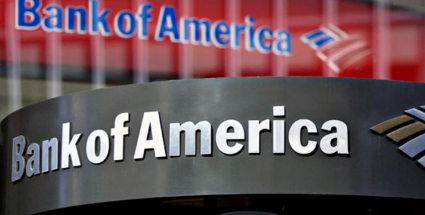 A bank will accept a short sale if 1.) the owner establishes that they are experiencing a hardship, i.e. that they are broke and have no money anywhere to pay the mortgage, and 2.) based on the bank’s valuation of the home in the current market, it is only worth the price offered.

The bank’s valuation is based on a BPO, a broker price opinion.  Banks don’t actually hire the brokers for this purpose.  Instead banks hire a third party company who reaches out to Realtors and solicits a BPO from any agent.  These solicitations come in the form of mass emails to all the Realtors in an area.  The agent who is selected for the BPO doesn’t have to have any BPO or short sale qualifications.  The company pays $50 to $75 for the BPO, which requires photos and a detailed written report with an analysis of comparables.

Second, if the agent who does the BPO shoots from the hip with a number that is too high, the bank will not accept the short sale.  This is the key.  In Sequim and Port Angeles we are seeing short sales killed because many drive-by BPO’s are above FMV in this market.

I represented a buyer in the purchase of a short sale a few months ago.  My client offered the full listing price of $180,000.  Since the listing agent told me that Bank of America had previously accepted $185,000 (those buyers got impatient and walked away and bought another house), we all felt that the offer of $180,000 was almost a slam dunk.  Lo and behold, the bank comes back after two months, and verbally states they will not accept less than $232,000.  When I asked the listing agent what in the world was the bank thinking, he said he asked the bank’s negotiator the same question, and the answer was that they got “some Realtor” to drive by and that Realtor came up with a BPO of $232,000.  So the deal was dead, and this house now sits empty and has now gone into foreclosure.  In almost one year when the foreclosure process is completed, this home will be back on the market.  Of course, during this whole time, this home has been literally abandoned and in one year will probably be listed for $180,000, or less.

Now you know how much of a loss will banks accept in a short sale.

Can Sellers Walk Away With Money From a Short Sale?

Should I Buy a Short Sale?

Sequim Home for Sale with a Mountain View