Real Estate Branding – Is It Dead?

Real estate branding for real estate companies was big in the ’60’s, ’70’s, and ’80’s.  Expensive T.V., billboard, and newsprint advertising attempted to get in people’s faces enough with the hope that they would think of the company when they wanted to buy or sell real estate.  I call this kind of branding “in-your-face advertising.”  Seth Godin calls it “interruption advertising.”  But real estate branding as an effective advertising tool began to fade in the later half of the ’90’s, and has been almost entirely neutered in the past five years.  Frankly, there are many marketing experts who question whether “branding” ever was effective to capture customers.  Real estate branding is an old and very traditional advertising method.  How relevant is branding today?  You can answer that question yourself, whether you are a buyer or seller, with these simple questions.  How do you shop for a house?  After you watch a “branding” commercial, are you motivated to run out and buy or sell a home with that company? 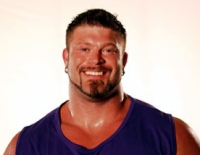 NBC is selling C-21 with the argument that 111 million people will see their Super Bowl commercial.  Really?  That would be one out of every three men, women, and children (and babies) in the United States.  First, I don’t believe  one out of three will be watching the Super Bowl, let alone the commercials.  Second, how many who will be watching are qualified and ready to buy a home, or sell one?  Let’s make an educated guess.  Not 111 million.  Not 11 million.  Not 1 million.  Let’s be generous.  Perhaps 10,000 buyers or sellers who are also watching the Super Bowl might be ready, willing, and able.  Of those 10,000 how many do you think are sold by a branding commercial, assuming they’re not reaching for the chips and asking for another beer?  Perhaps 100 people?  Maybe 1,000.  Maybe none.  [The young man in this photo was my son, Jesse Marunde, who played football for Montana at Bozeman for two years.  He was a defensive lineman.]

This is why real estate branding with traditional advertising media has been so ineffective in actually generating business.  For $3 million you get 30 seconds on T.V., one time, and that’s it.  It’s over.  Good marketing is not one-shot advertising, a one time gamble that you hope will work, but continues to work to reach customers, and it does so affordably and efficiently.  Consumers have been moving away from interruption advertising and in-your-face branding commercials to “permission marketing” and other free resources that respond to their personal interests and inquiries.  This transition has been occurring since at least the mid-1990s and building momentum especially in the past five years.

Real Estate Branding – Are You Persuaded?

If you watch the Super Bowl, let me know if the C-21 commercial persuaded you to use a C-21 agent.  If not, let me know that too.  If you are so inclined, let me know in the comment section below, has branding ever caused you to buy a product?  Did you ever buy a product off a billboard advertisement?  Did you ever see a Super Bowl commercial, and go out and buy the product?  I think I’ll watch the Super Bowl commercials out of curiosity, although I’ll turn it off during the Madonna performance.  By the way, I’m not gong to be watching the game.  I’m not a football fan.  I’m a fan of real estate marketing, so I’ll be watching this attempt to revive real estate branding.

Real Estate Brokers Falling All Over Themselves to Attract Agents

Who is iRealty Virtual Brokers?

Real Estate Broker Leadership is Everything