Sequim Home Sales Report is brought to you by SequimRealEstateNews.com and Chuck Marunde.  In this chart we are looking at the total homes sold in Sequim compared to Port Angeles from January 1st to Thanksgiving of each year from 2003 through 2009.  I’ve weighted the data parameters to get a more accurate picture of the market.  Homes sold are site built only and from $200,000 to $800,000. 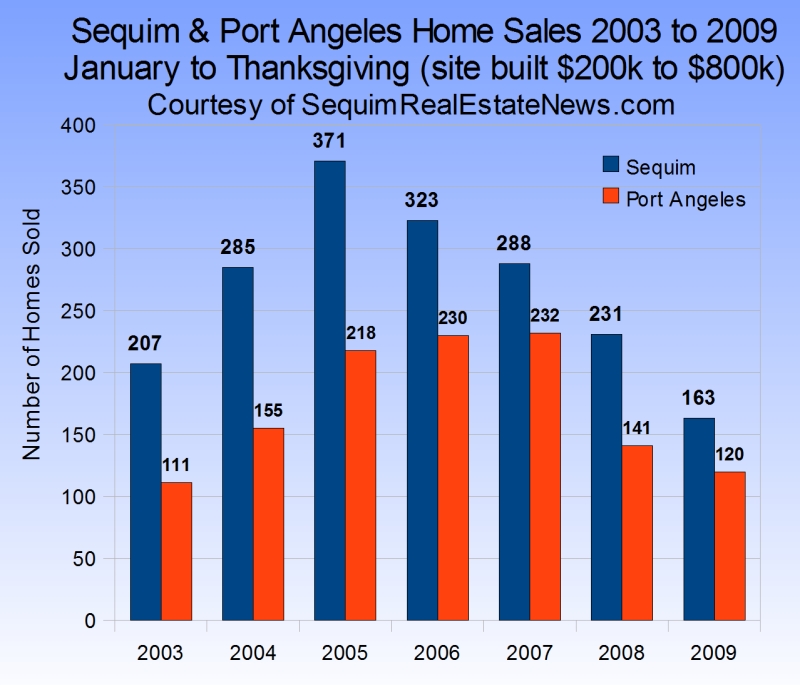 Not shown in this Sequim Home Sales Report is a comparison of homes sold in Sequim and Port Angeles just for the month of November of 2009 (up to Thanksgiving, at least through the 23rd).  Using the same parameters, the total homes sold thus far in November in Sequim were 13 compared to only 3 in Port Angeles.  Sequim still remains the major retirement community on the Olympic Peninsula.  (Source of data:  Olympic Listing Service)