The Dream of Buying a Home in Sequim

Buying a Home in Sequim is a dream come true for many from all over the United States. It certainly was for John (not his real name). John went through some challenging times. He shared with me that, “life doesn’t go according to plan,” and he then said, “that’s not the exception; that’s the rule.” He was married and had children, but his wife divorced him. That rocked his world, but it also destroyed all he had built financially. Their home was sold, and he rented. He had to start all over late in life. It was very hard. His dream was to own his own home again, but first he had to pay off all the marital debts, finish paying years of child support until his youngest was 18, and rebuild his credit and save up the down payment. 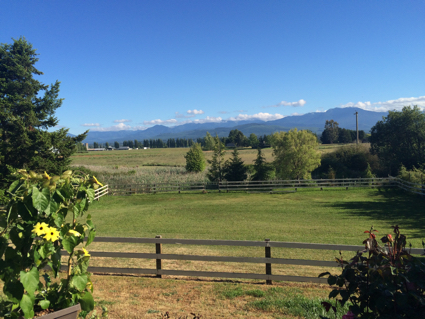 Buying a Home in Sequim

His dream of owning his own home was more than just pride of ownership and being comfortable. For John buying a home would be symbolic of a new life and of feeling like a man again. For 10 years he worked night and day to pay off all the debts and rebuild his life. He spoke softly, “It’s been a long 10 years.” I’m very proud to have acted as his buyer’s agent and just put a house under contract for John. I can tell for him, it feels like a miracle, a dream finally come true. I’ve never done anything more gratifying than to help him find the ideal home and then buy it. It feels like a huge victory after great loss.

Buying a Home – The Dream

I don’t know what you may have been through in your life, but I think John was right when he said, “Life doesn’t go according to plan.” If you’re in your 50s or 60s now, you’ve seen some difficult times, some losses, some heart ache. I hope and pray that I would have the privilege of representing you as your Sequim Buyer’s Agent when you search for and buy your dream home. Buying a home is more than just retiring, and more than just comfort. Buying a home is symbolic of major milestones in life. I think for some, buying a home means so much that even words don’t fully tell the story.