What Does President Trump Mean for Real Estate?

President Trump. Who would have thought it was possible? Granted, there were many who hoped and many who did not want HRC to get in the White House, but honestly, who genuinely felt a President Trump was even possible? Very few. He had nearly everything going against him, except apparently American voters. But now that this election has been resolved and in January there will be a President Trump, what does that mean for the housing market and real estate in general? 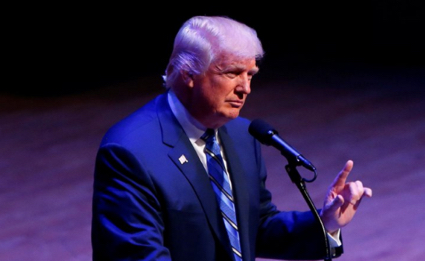 As expected, the news late on election night that The Donald might become President Trump translated into a substantial drop in overnight trading in the Globex markets internationally. But as expected, this dramatic drop was temporary, and already today stocks and indexes, commodities, and currencies are up to where they were. But what does a President Trump mean for the future of home sales and the real estate market and economy?

By way of establishing some credibility with my readers on this subject, I have a degree in Economics with a speciality in monetary policy, a law degree and 20 years of real estate law practice, have been a registered financial advisor and certified estate planner when I was still practicing law, and I have a lifetime of business development and entrepreneurship. For the past 11 years I have run my own real estate brokerage.

So here is my prediction of how a President Trump will impact the housing market, prices, and construction. Economically his policies as discussed in their preliminary planning are pro-growth for the construction, home building, and home sales sectors. While the man may not be an articulate politician, he certainly understands real estate. You cannot make billions of dollars in real estate unless you’re one of the best and most knowledgeable real estate experts in the world.

How he performs in International politics and social programs in the U.S. remains to be seen, but on the subject of home ownership, home prices, and the future of the real estate market, I think a President Trump is good news for buyers and sellers. I believe that buyers who have held off on making the decision to buy a home because of the uncertainty of this election, are now going to make their plans to buy their home, especially retirees who have been waiting for resolution. I think we may all be surprised at the positive impact a President Trump will have on the real estate market.

Another Day in Sequim (aka Paradise)