I grew up in Alaska where my father and I had to hunt and fish for food to survive.   Literally.   My father was self-employed and a hard working man, but he didn’t make much money.   We lived in a 900 square foot cabin in Alaska, without electricity and without running water.   It was my responsibility as a boy to keep the wood stove going, even at 60 degrees below, and to keep the Coleman lantern going  when it got dark.   My sisters hated the outhouse, because they had to sit on a cold toilet seat.   It didn’t bother me and my brothers so much. 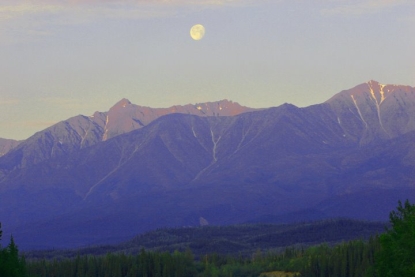 That was 40 years ago. I think we have finally reached the tipping point in America, and conservatism lost.   Despite all the passionate talk by conservatives about how they will continue to fight the good fight, and despite Republican strategist Ed Rollins’ claim that “We will be back,” the truth is, in my bold opinion, the nation has finally reached the point of no-return, the tipping point, and we will never go back.

[I took this photo of the the Alaska Range at 1:30 in the morning in the summer when the days are long.   I hunted with my father in these mountains for Dall Sheep.   Those were good times.]

Okay the Election is Over - Now What?