Are Listings Over Priced in Port Angeles and Sequim? 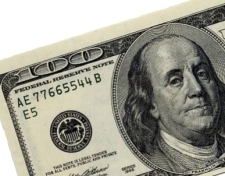 Are homes for sale in Sequim and Port Angeles overpriced? This is a legitimate question. The answer is probably more accurately considered when you look at a particular home. In other words, while many homes are overpriced, many are not. Let me explain.

I heard an interesting story this past weekend. A FSBO (for sale by owner) is trying to sell her home for just over $200,000. What’s interesting is that she started a year ago listing it with an agent at $299,000.   As the story goes, nothing happened for many months until her agent came and said, “We need to reduce the price.”   The owner was upset.   She told her agent that she knew it was listed too high when she first listed it, but her agent listed it at $299,000. After this discussion they reduced the listing price to $269,000, which after many months proved to be too high again.   Hence, the current FSBO for just over $200,000.

I have a five acre, one bedroom home listed for sale at $225,000.   The owner lost his job and has moved, and this is going to have to be a short sale, meaning the sales price will be less than the balance owed to the bank.   The balance owed is about $256,000.   Any sale will be subject to the bank’s approval, of course.   Here’s my point about this listing.   When my client first called me to discuss listing this home, he asked me what I thought it should be listed at.   I gave it some thought and told him I thought a realistic selling price would be $225,000.   He said he agreed, but that the other agent he had interviewed had told him $325,000.   In his own words, he said, “I knew that agent was nuts when she quoted me $325,000 in THIS market.” Had she listed that house, it would have been $100,000 overpriced.   Wow!

On the other hand, I sold a house recently for $251,000 cash, and it would have cost $350,000 to buy the land and build the same house.   That home was listed with an agent.   The listing price was very fair, and even below FMV, but that’s what it took to sell it.   My buyer client got a steal, even in this market.

Some houses are overpriced, some houses are fairly priced, and a few are underpriced right now.   If you’re from out of town, I strongly urge you to work with an agent who has been around for a while and has the experience to differentiate prices for you.   You don’t want to pay too much for a home in this market.

When Home Sellers Chase the Price Down