Beware the Cost of Land in Sequim

The cost of land in Sequim can be deceiving to a buyer, and comparing two or more lots can result in comparing apples and oranges.  Let me unpack that thought a little.  You’re looking at lots and the cost of land in Sequim because you’re thinking about building a home.  Here’s the mistake some buyers who are shopping have made and what you can do to avoid this mistake. 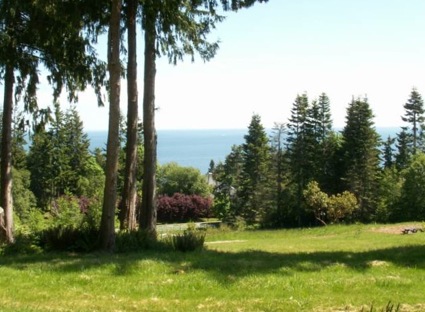 A buyer was looking online for land in Sequim and Port Angeles, and he used what I believe is the most powerful MLS site in this market and one that is easy to navigate at Sequim MLS.  He got many results, because there are so many lots for sale.  Very few people have been buying land and building a home since the prices of existing homes declined so much during this real estate recession.  That means it is a buyer’s market for land, and with the huge supply, the cost of land in Sequim has really taken a hit.

When you are looking at search results for land, it takes some patience and discernment to distinguish the differences and accurately compare prices.  Here’s an example.  Two one acre parcels look similar in the photos.  They are priced at $29,000 and 49,000.  The first one does not have utilities or power installed on the property, and does not have a septic system or well.  The second one doesn’t have those either, so online when you look at the data and photos, the one at $49,000 appears to be overpriced.  But it is not, and here’s why.

The first lot was 500 yards from the nearest electric lines.  The second lot had electric installed right to the edge of the property. This effects the cost of land in Sequim and should be taken into consideration.  Neither lot had a well, and the cost of drilling a well could be substantially different.  Neither lot had a septic system, and here’s a sleeping giant when it comes to the cost of land in Sequim.  The more expensive lot only needed a conventional septic system, but the less expensive lot needed a very expensive Glendon Biofilter system which would cost about $18,000.  By the time a buyer bought the cheaper lot and got it ready for building a home, he might have more in it than if he had bought the $49,000 lot.  Many buyers make this mistake, but now you know how to compare lots in Sequim and the cost of land in Sequim.

One Acre Properties Hard to Find

Sequim Land for Sale and Due Diligence Checklist

Sequim Land for Sale with a Mountain View

Sequim Weather and The Blue Hole