Kayaking in Sequim and Port Angeles

Kayaking in Sequim and Port Angeles is very popular.  Since we are on a Peninsula, we are surrounded by water, of course.  We have the Strait of Juan de Fuca, John Wayne Marina and Sequim Bay, Discovery Bay, Port Williams Bay, Dungeness Bay, Cline Spit to the Lighthouse, Port Angeles Marina and Port Angeles Bay, Freshwater Bay, and Salt Creek Bay.  In addition, there are lakes like Crescent Lake and rivers like the Elwha River.  With sunshine breaking out all over, kayaking has a good number of devotees. 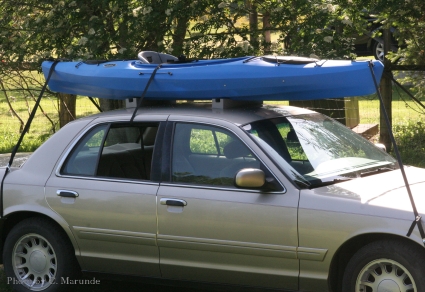 Kayaking in Sequim is something I’ve wanted to do for years, and the time is now.  I finally broke down and bought a kayak that fits easily onto my car and is only 54 pounds.  I mentioned all these incredible areas to kayak around Sequim and Port Angles, but a short drive also brings us to many more incredible areas, like Port Townsend and Port Lundlow, and around the Olympic Peninsula.  I strongly recommend kayaking in Sequim for the sheer fun of it.

The Dungeness River is High