The Sequim Lighthouse, also known as the Dungeness Lighthouse, is located near the end of the Sequim Spit, which is a good 11 mile round trip hike.  Many people make it an afternoon pleasure hike and take a lunch and water, and if it’s a sunny day, which is always is in Sequim, it is a lot of fun.  I hiked the spit this weekend and took some photos for your viewing pleasure.  I also took video, which I will be posting after I’ve had an opportunity to edit it. 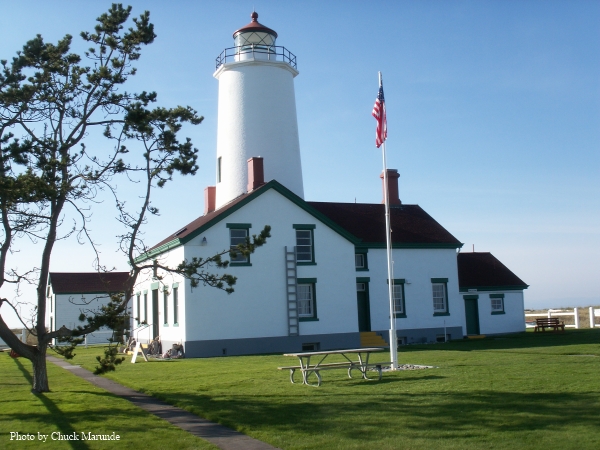 The tide was in when I hiked, so I walked on higher ground, but the hike was very pleasant.  There is both soft and hard sand to walk on, and plenty of old dry logs that have washed in and sit high on the beach from the past 100 or 200 years.  It took me one hour and 40 minutes on the way back, and that includes some time shooting video, and I did jog part of the way.  If you casually walk it, give yourself two hours each way.  It’s five miles each way from the foot of the trail, but the foot of the trail to the parking lot is another half a mile each way. 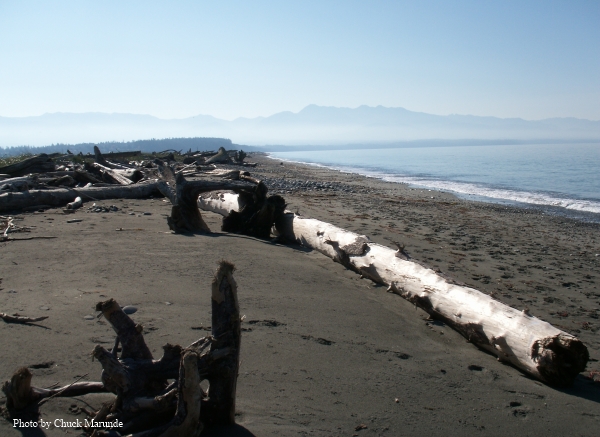 The Sequim Lighthouse, which is formally called the New Dungeness Lighthouse is one of the oldest lighthouses in the Northwest, and it is also one of the few lighthouses that permits families the opportunities to be Lighthouse Keepers for a week.  This weekend I enjoyed a tour into the light tower by a tour guide from Colorado.  Tour guides don’t all live in Sequim.  There are lighthouse families around the country, and coming to the Sequim Lighthouse for a week is a great mini-vacation.  It’s not all play, because my tour guide had to walk up the stairs to the light tower every time she gave the tour. 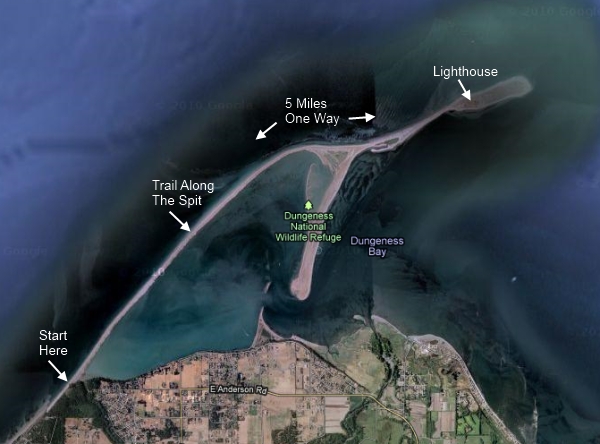 “The Dungeness Spit was one of the many serious hazards to mariners in the Pacific Northwest waters.  It had been named Puenta Santa Cruz by a Spanish explorer in 1790 and renamed by Captain George Vancouver in 1792.  Vancouver wrote in his logbook that it resembled Dungeness in England, where a lighthouse had stood since 1746.”  [From the New Dungeness Light Station Assocation phamplet.]  The Sequim Lighthouse was built and first lighted on December 14, 1857.