The Sequim QFC is a favorite for locals who are willing to pay a little more for better quality groceries. Retirees planning to move to Sequim regularly ask about the stores and available shopping in the Sequim area. The Sequim QFC is one of our finest grocery stores, but it has plenty of competition. 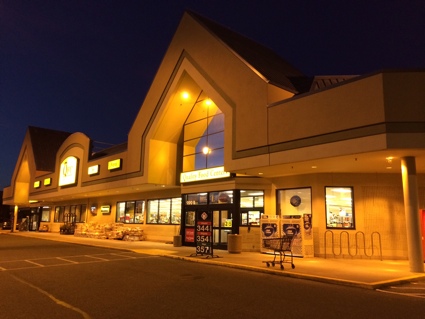 Sequim has a Safeway, a Costco, a Wallmart Grocery, a Grocery Outlet, and a family owned organic grocery store named Sunny Farms. Of course, the main grocery stores have pharmacies, but there is also a Sequim Rite Aide and a Sequim Walgreens.

Sequim is very fortunate that many big box stores have built here in what they consider a promising economy and excellent demographics. I’ve already mentioned Costco and Walmart, but we also have Home Depot, Office Depot, Petco, and major national companies like Les Schwaab, Discount Tires, as well as many franchise restaurants, and several major banks.

Apart from the Sequim QFC and many great stores in Sequim, we also have many small specialty stores and shops, which makes walking around downtown in Sequim a lot of fun on a nice day. If you’re thinking about moving to Sequim, you’ll pretty much find everything you need right here. If you want to walk around in a big mall once in a while, you can take a pleasant one hour drive to Silverdale, or you can spend the afternoon in Seattle, which is only two and a half hours away.

What About Duplexes or Rental Properties as a Retirement Investment?