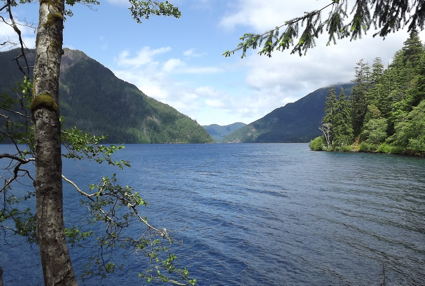 Today is a very hot day for Sequim at 80 degrees, and it’s been dry. With the 4th of July coming tomorrow, there are some concerns about fires. The Dungeness River is running about a foot below its average, and the county has declared a drought, even though we don’t currently have a water shortage. The declaration appears to be more of a future prediction because of the lower snowpack. Time will tell, but Sequim water issues are discussed more than ever. Of course, a big reason water issues are hot topics in the Northwest is because of the severe drought in California, where many of our buyers are coming from.

The State of Washington for many years has been working toward greater government control of water useage, a nationwide trend for decades. The Washington Water Management Act was the authority for the creation of a water management area between Sequim and Port Angeles, and daily water use from private wells in this area is now under government control. It is such a complex issue that legislators, their fleet of lawyers, and citizens cannot agree on what is true and what isn’t true about water levels and useage.

If you are on a public water system, you don’t have to worry about many of these issues, although you can expect public water rates to increase in the future. If you have a private well, and if you are in the water management area, you should get familiar with restrictions. You can use more water from your private well if you give the government money. It is a water mitigation fee. That’s a polite name for a new kind of tax. If you want to buy some acreage outside the city, you would be very fortunate to find a property that has access to irrigation water, which gives you water for outside watering and animals from May to September. This year irrigation ditches may cut off the flow of water early, perhaps at the end of July or early August.

I showed properties with acreage to a couple from California yesterday, and they asked about some properties on which the owners have let the fields turn brown, instead of watering. I explained that Sequim water issues are not necessarily the reason. Many allow their grass or fields to turn brown in the hottest months of the year, from July to October. But then I joked about Sequim water issues by saying, “When you see brown grass in Sequim, it is because we are pretending we live in California.”