Sellers Unhappy With Their Agents?

“More sellers are dissatisfied with their real estate companies these days, griping mostly about the marketing of their home and some of the other services offered by the firm with which they’re working, according to a report released by J.D. Power and Associates this week.”  This quote is from the Wall Street Journal’s Market Watch.  This probably does not surprise you.  There are as many complaints about real estate agents as lawyers and auto mechanics.  But I have observed there is an increasing dissatisfaction with listing agents.  Why is that?  There are several logical reasons.

First, let’s get the obvious out of the way.  This is the worst real estate market for selling a home I’ve seen going back 30 years in real estate.   To state the obvious, it is harder to sell a home in this real estate recession.  That’s true in Sequim and Port Angeles as it is in so many parts of the country.  It’s no surprise that homeowners who hire a real estate agent to list and market their home are feeling dissatisfied when nothing happens, nothing meaning “the home hasn’t sold.”  But there are more substantive reasons so many sellers are not pleased with their agents. 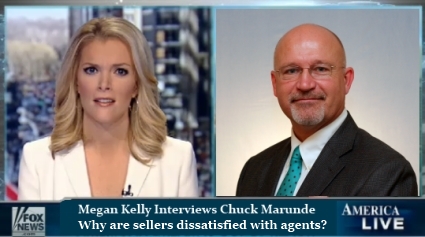 There has been a dramatic shift in real estate sales and marketing.  Traditional real estate brokerage is struggling with this gigantic change, and many agents are going out of business, not just because the market is slow.  The vast majority of consumers readily acknowledge that print newspapers and magazines no longer are the big tools for selling homes.  The Internet and powerful technology has changed the game plan, and nearly all buyers are now using the Internet to search for and find their next home.  This has nullified the power of traditional sales media.  As consumer demand has shifted, tools have been developed to meet that demand, but the super majority of traditional real estate agents have not gotten on board.  It is such a huge shift, that agents must re-invent themselves, and you can image how uncomfortable that is for most agents.  Consumers may not comprehend the extraordinary changes in sales and marketing that have been taking place behind the scenes, but they do comprehend that something is wrong with a real estate model that uses old methods and old sales language to advertise their home, especially when the results are nil.  As a result, sellers find themselves dissatisfied with their agents.

There’s one other significant reason sellers are dissatisfied with agents and traditional real estate brokerage.  We live in a time when all of us have been so thoroughly bombarded by sales pitches all our adult lives, we feel like we can say, “Heard it all before, been there, done that.  Not interested.  Thank you.  Goodbye.”  Imagine for a moment that you could meet a professional real estate agent who has made the shift from the old to the new, and is using the most powerful technologies to sell homes today.  Is there anything he could say to you that would turn on a light bulb and suddenly give you the confidence to know that this agent knows how to market your home?  I can answer question.  The answer is, “No.”  Let me explain why.

People, and I do mean all of us, have become so skeptical, so jaded with sales pitches, lied to by so many sales ads in every industry, that we don’t know how to discern the real thing form the rest of the pack anymore.  Let me make the point another way.  If a gold salesman came to your home and told you he could sell you gold at a 30% discount over other salesmen, you would most likely send him away politely.  Who hasn’t learned, “If it sounds to good to be true, it is,” or “There’s no such thing as a free lunch.”  But suppose another salesman came to your door and opened his brief case and showed you a dozen gold bricks that he said he would sell you right then and there for a 30% discount.  What would you do?  I know what the vast majority of people would do.  So skeptical are we that you and I would probably send that salesman packing, too.  We wouldn’t trust him, even if he was legitimate.

And so it is with Realtors.  Most sellers can’t tell the difference between me (and the other true professionals who have made the shift) and the rest of the pack still using the same techniques and sames pitches.  But I can assure sellers that there is a vast difference between Realtors these days.  Because of the dramatic shifts in marketing, the differences are greater today than ever.  Your job is to figure that out.  After all, how many days on market do you want your house to sit before the price is low enough to attract some offers?

[Megan Kelly did not actually interview Chuck Marunde.  This is his effort at humor, although, should you read this Megan, Chuck is available for an interview.]

Buying a Home is About Compromising

Buyer's Offer Countered by Seller Living on Another Planet